Unique Features: Outside and Interior Cabin wood was aged with multiple and custom to match the existing house.

The West Asheville Bathroom Update was a project less about aesthetics and more about functionality.  The existing 1920s bathroom had been “remodeled” recently by a flipper before it was sold to its new owners, but the superficial fixes did not improve the functionality of a small, West Asheville house with only one bathroom.  Our task was challenging, take a less than 50 sqft bathroom that’s toilet and shower were separated by less than the leg space required for comfort or code and make it feel like a 300 sqft master suite with a walk-in shower and all of the same amenities. We had one obvious opportunity for additional space, and it came in the form of a stolen closet on a second bedroom which we quickly capitalized on for a full custom shower.  As is the case in every 100-year-old home, nothing was flush, square, or plumb so recreating the new design required much more than just knocking down a few walls and putting in some pretty tile.  In addition to designing a significantly more functional design, we added some custom interior pieces to create more storage and counter space in the form of a full custom vanity with additional counter space, floating shelves above the toilet area, and additional shelving inside of the new custom shower.  To create the “larger” feel, we added shower glass from floor to ceiling and created a knee wall that gave privacy to the toilet area but was half open to create an airy feel.   As a nod to the age of the home, we kept the previous aesthetic but modernized it with feature floor tile against simple subway tile for a clean but classy look. 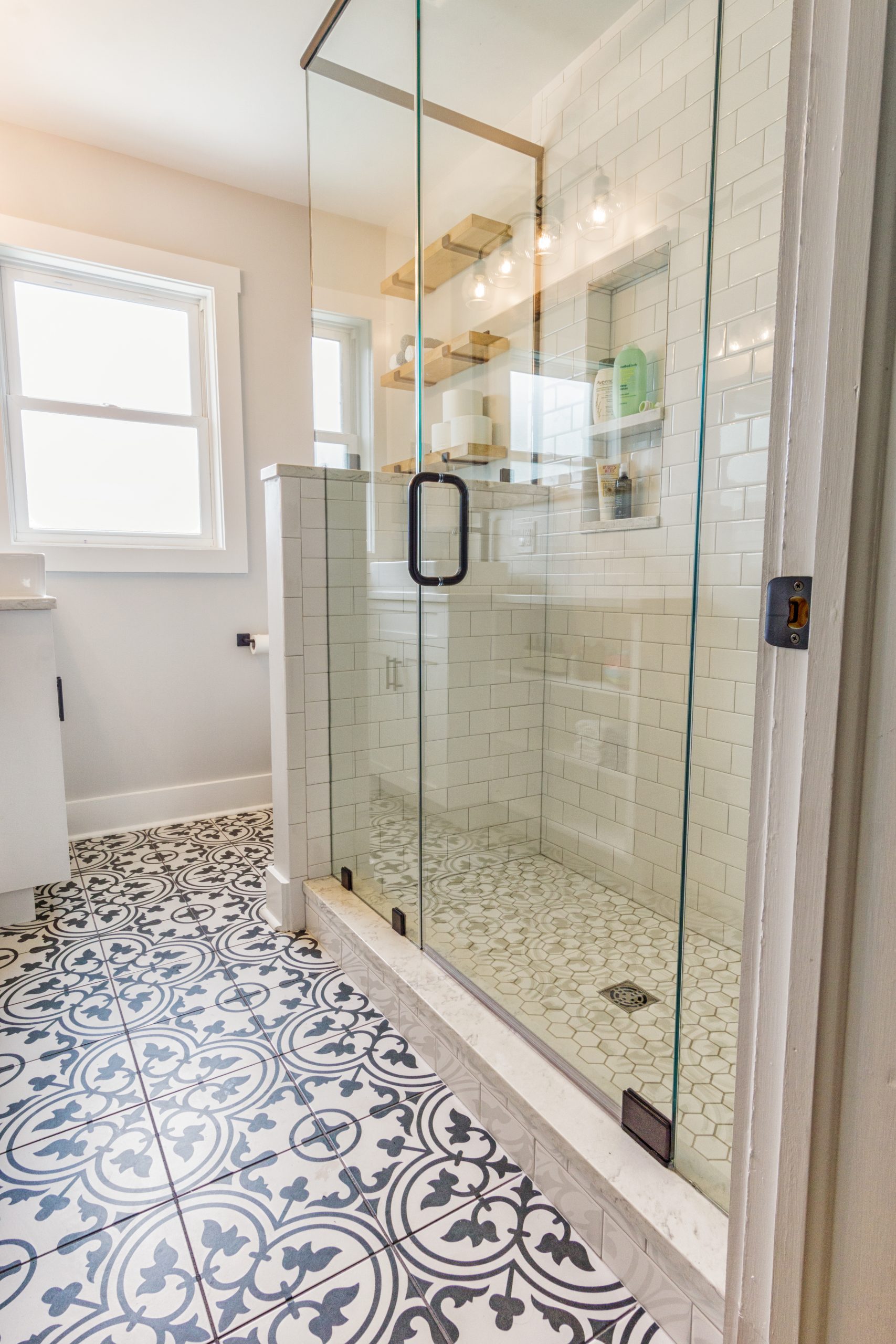 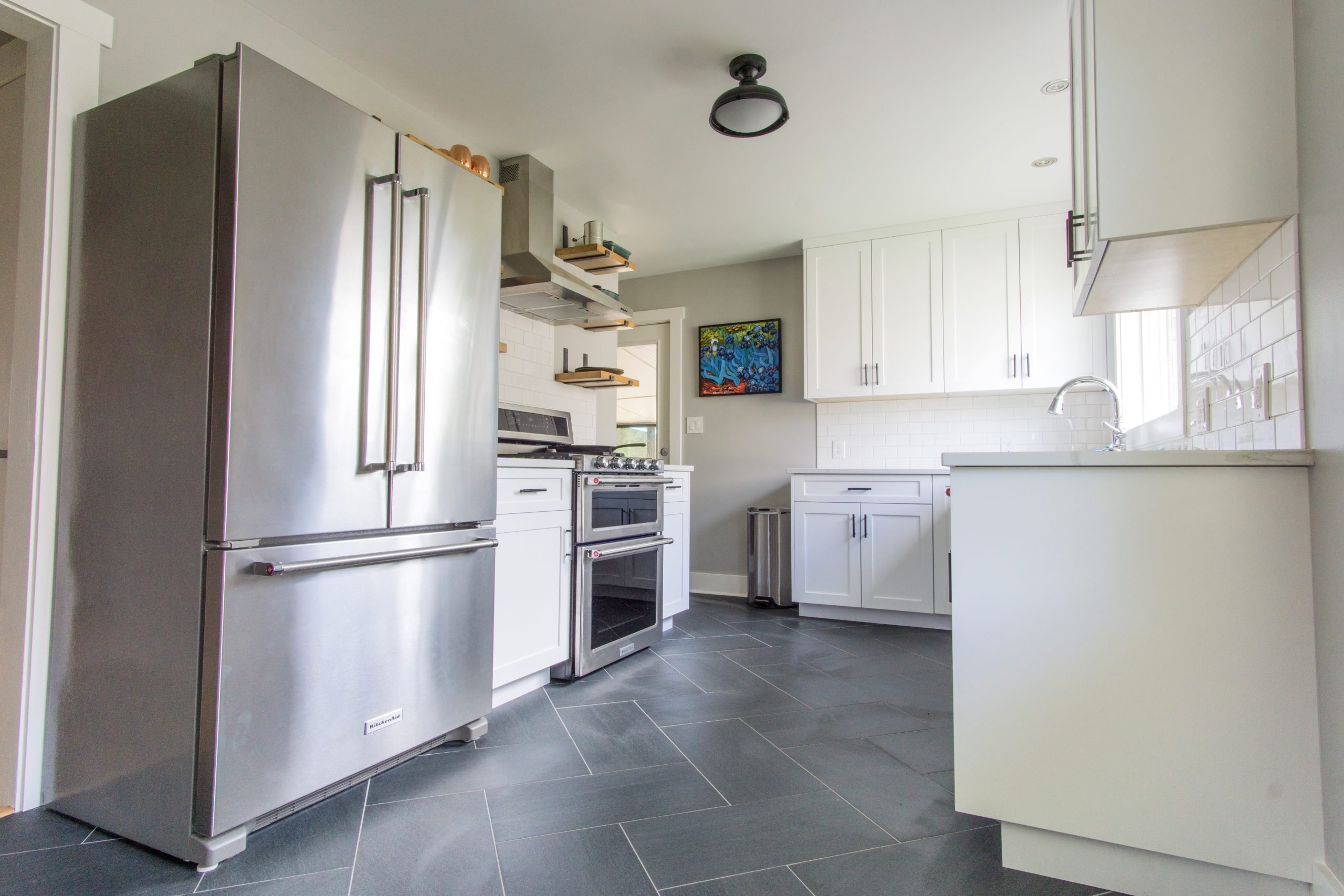 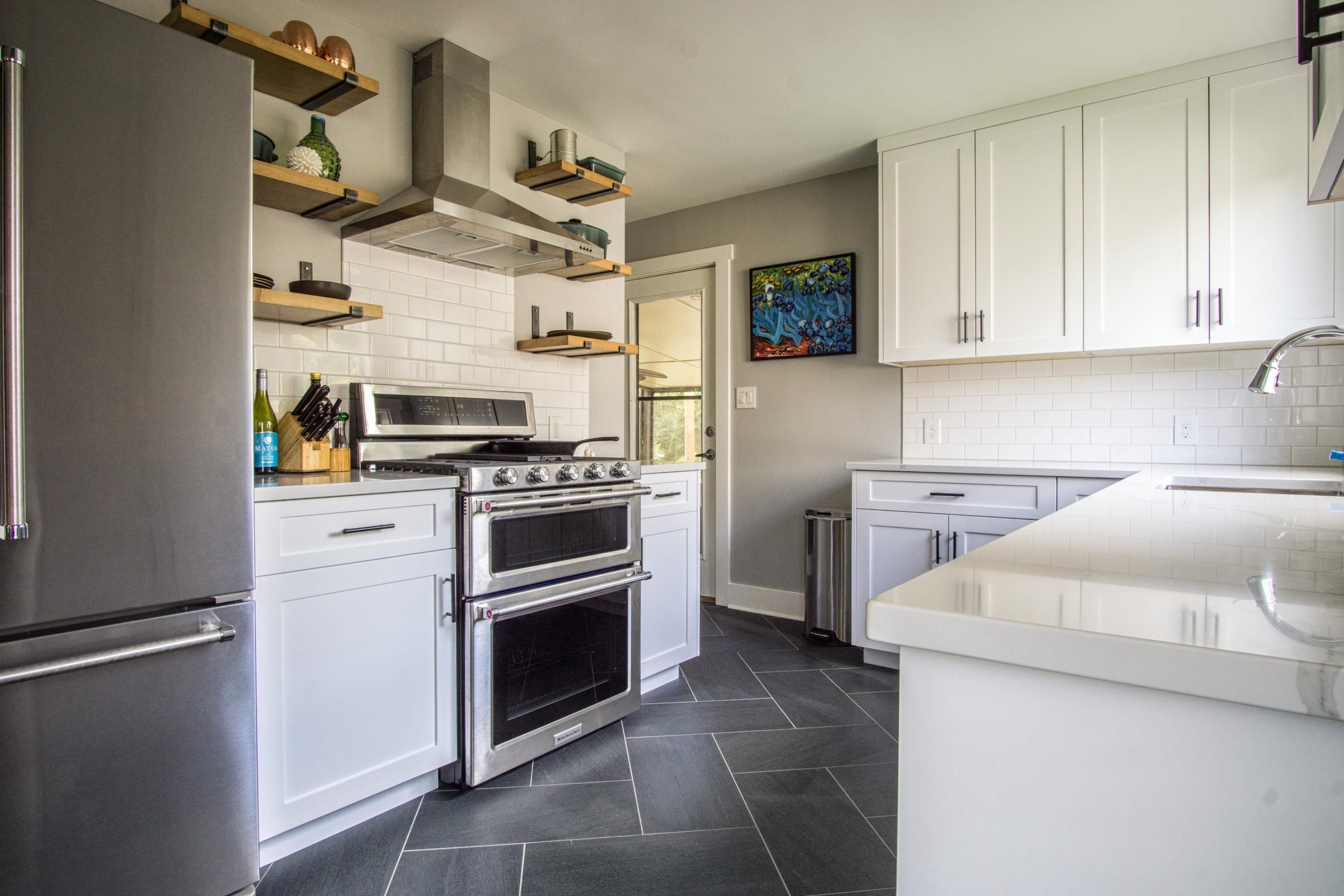 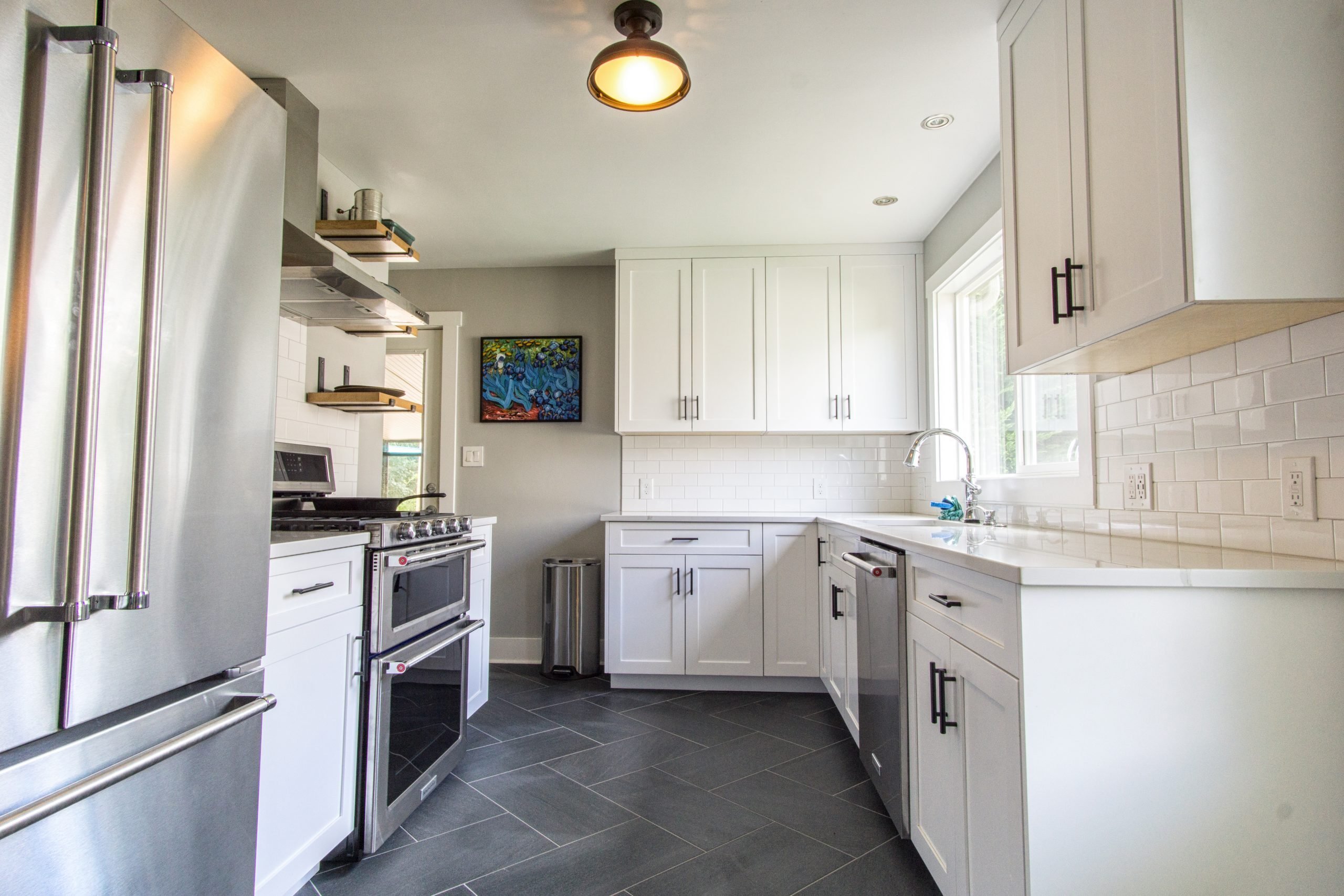